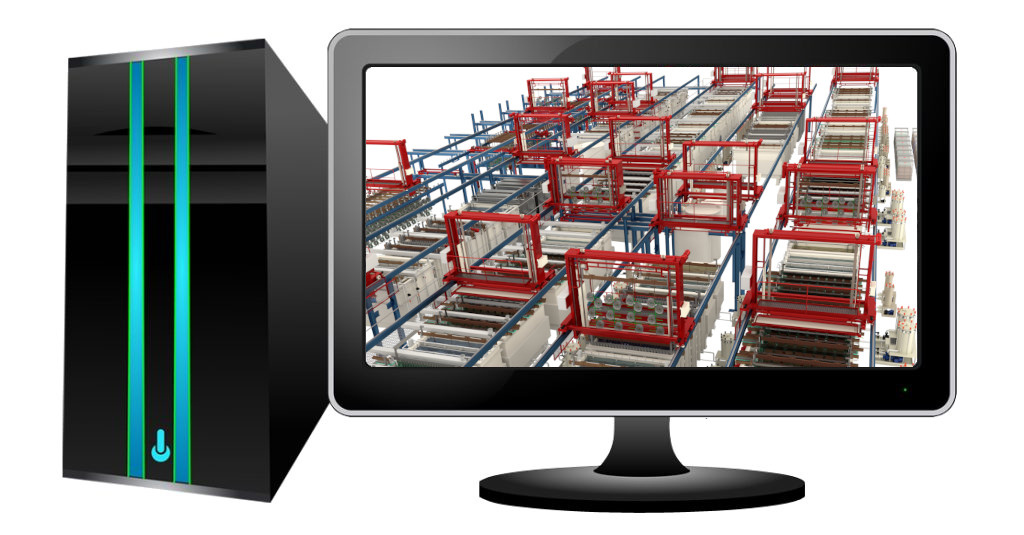 Our control system is based on two basic concepts as a prerequisite for the high availability of the line: division of tasks and redundancy. Control hardware and software are designed on the basis of these principles.
Division of control tasks on several hardware system components increases the availability of the line in comparison to a monolithic system. Even the most sophisticated control is subject to an ongoing process of improvements or is frequently modified as permanent adaptation to the customers’ requirements, especially in the start-up phase. Division of control tasks on several components allows partial switching-off, partial updates and the exchange of system components without having to shut down the complete plant. Thus, line data are kept and time-consuming complete new starts can be avoided. Unavoidable interruptions of production can be reduced to an absolute minimum.

Redundancy in form of identical hardware multiply available in the system allows the distribution of tasks by switching the software during ongoing operation. Thus, operation can be kept running in all cases to virtually 100%. Further security measures are installed, e.g. transport equipment and other periphery is equipped with independent control units. Emergency actions and rescue operations can be executed even if control fails completely.

Structure of the HMI control system 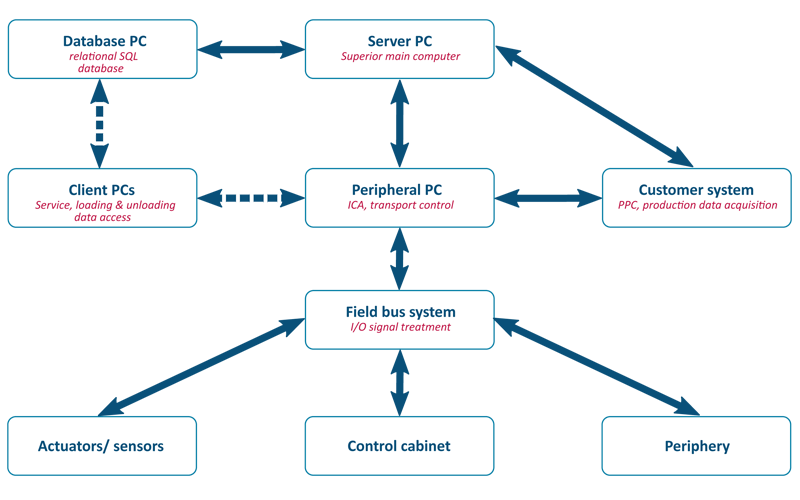 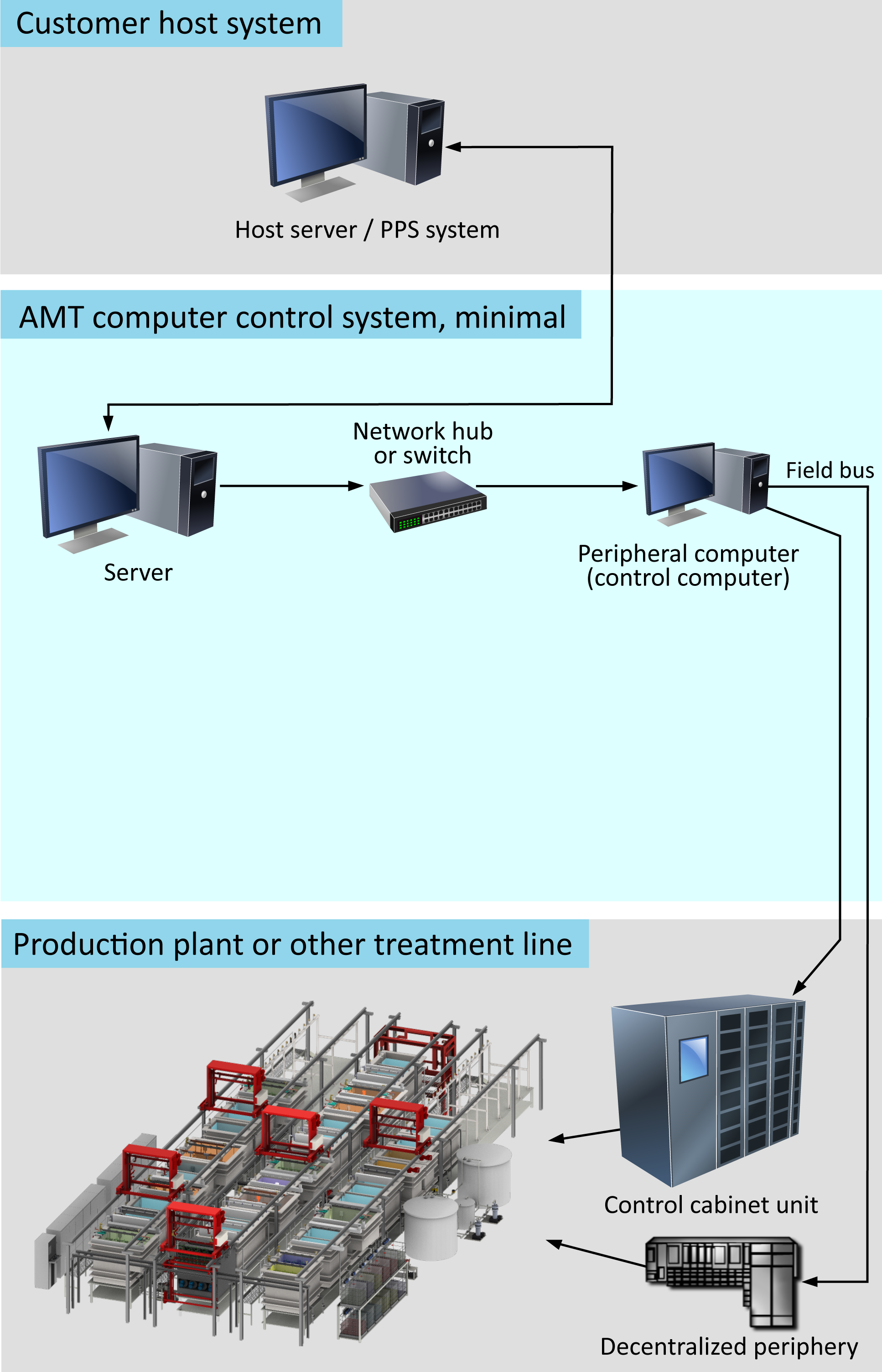 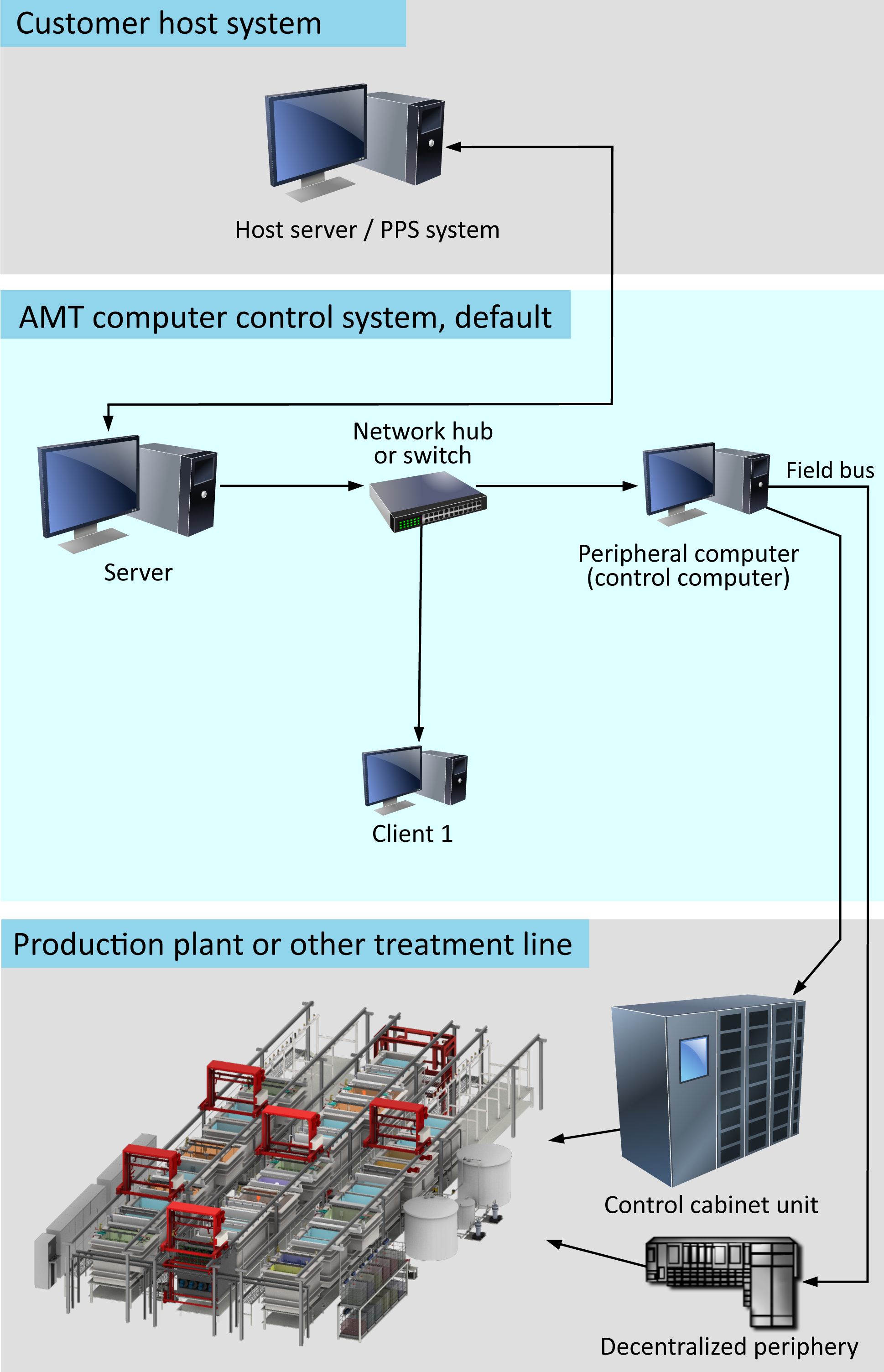 The default system comprises of several computers, i.e. a server computer, a peripheral computer and any number of client computers. These clients can be added to the system in the desired number. Thus, loading and unloading stations, test stations, pump stations or waste water equipment get their own operating places according to demand. Each client – as in the default system – can execute the server’s tasks in case of server failure. Here again, server data are mirrored on all clients. Client PCs are used at the customer’s will. Each upgrading can subsequently be executed at any time. All computers in the system are connected to a centralized, relational database administered by the server. This way, all line data are immediately at disposal on each subsequently connected client, without further action. Naturally, the system’s tasks are automatically distributed to the available computers, too, in case of failure. 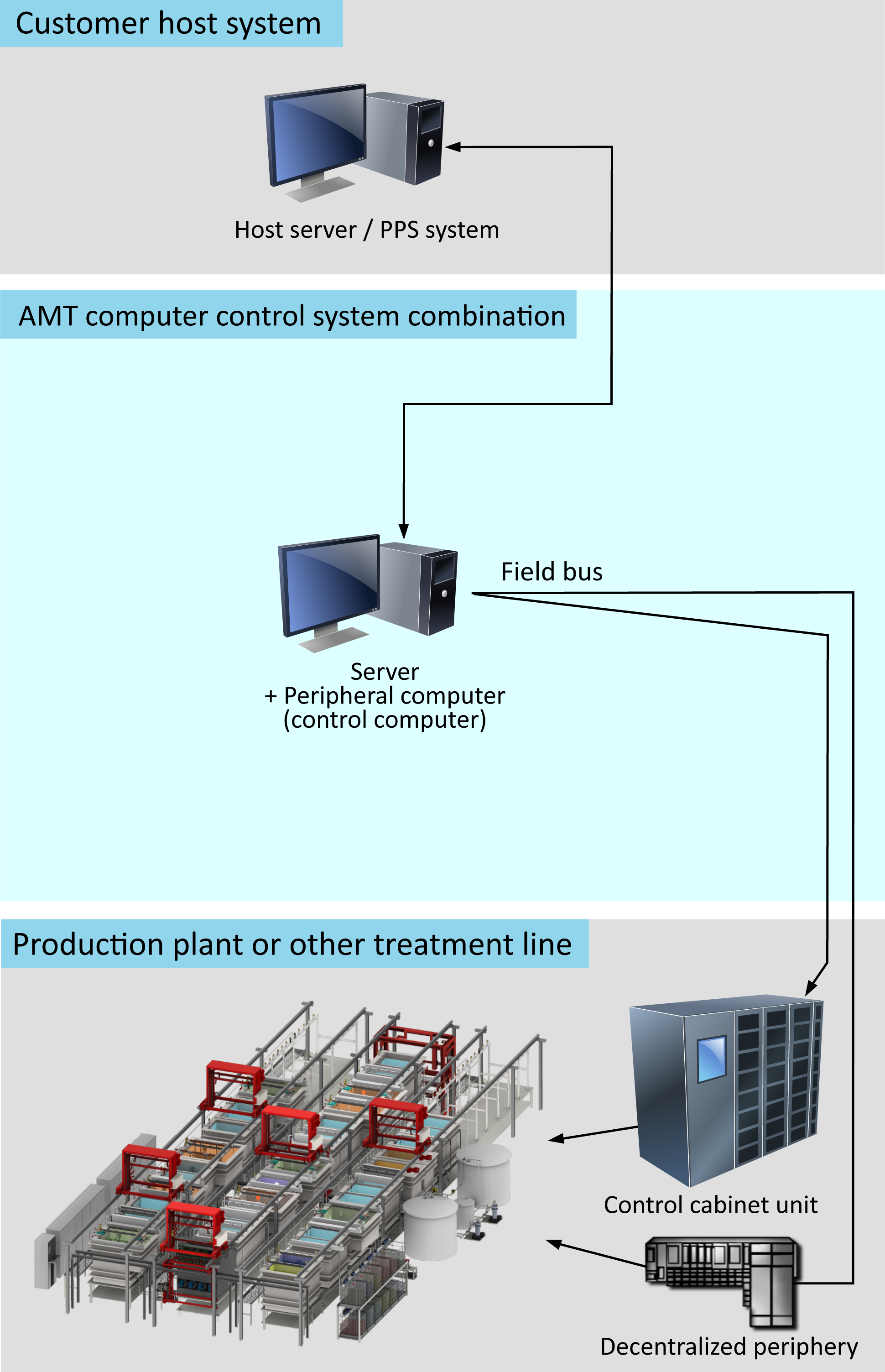 This is the single computer variant and thus the smallest and most cost-effective variant of the computer system. Just one PC executes all control tasks. However, this concerns only the used hardware; the modular structure of the software is the same as with large systems. This configuration is used for small and smallest systems or for single-machine controls. For controlling single machines, often connected to a compact PC format, this configuration is a so-called “Embedded” system; e.g. as alternative to an independent PLC control with the advantage of higher flexibility, an essentially sophisticated graphic user interface, substantially larger user-friendliness and lower costs. Thereby, a path is kept open to extent the combined solution to a larger system.